A groundbreaking new project, launched today in Glasgow, aims to turn Glasgow City Region ‘green’ with 500 miles of walking and cycling routes and plans for hundreds of new living spaces for wildlife, providing a tangible response to biodiversity loss and climate change.

The Glasgow and Clyde Valley (GCV) Green Network Partnership’s Blueprint project will help make the region a more attractive place to live, work, invest and play through creation of both a habitat network for wildlife and an access network for people through greenspaces.

It will link up existing wildlife habitats creating new pathways to allow species more freedom of movement, and encouraging an increase in biodiversity across the area helping to address and reverse the damage done to the natural habitats of wildlife by decades of urban development, strengthen them in the face of a changing climate, and provide new opportunities for people to connect with nature.

This issue has never been more urgent, as highlighted in the latest UN global assessment report where over 1 million species on the planet are at risk of extinction and for the first time, the issue of biodiversity loss is on the G8 agenda. 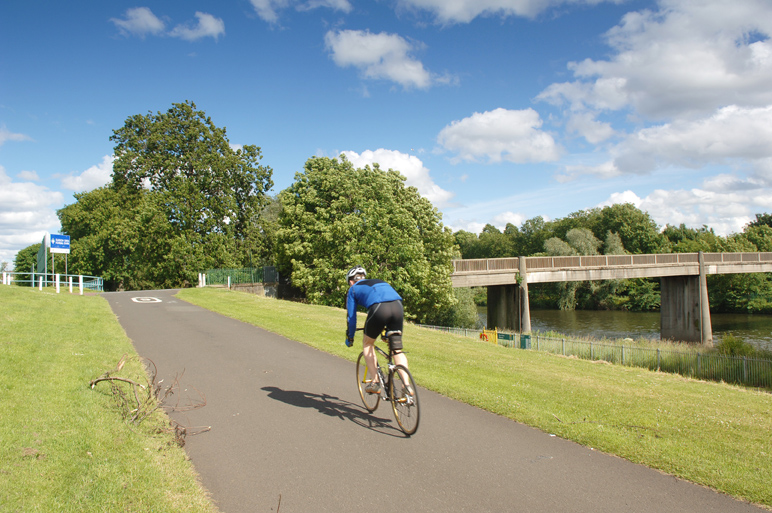 The Blueprint will improve walking and cycling routes across the Glasgow City Region.

The Blueprint project, a first in Scotland, will also improve links between places people want to go such as shops, places of work and parks and offer opportunities for increasing levels of active travel, improving health and mental well-being, reducing reliance on cars which will improve air quality and reduce carbon emissions.

The Blueprint will also help Scotland become carbon neutral by 2040 answering the Scottish Government’s call to stop Scotland contributing to climate change within a generation. 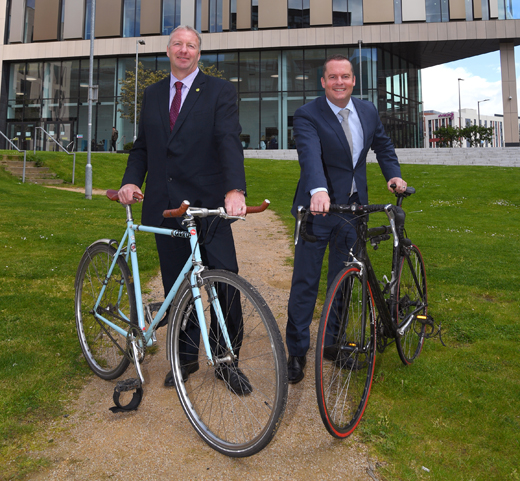 Launching the Blueprint, Councillor Andrew Polson, Joint Leader of East Dunbartonshire Council and Chair of Glasgow City Region Land Use and Sustainability Portfolio said: “The Green Network, which will take in Glasgow, East Dunbartonshire, East Renfrewshire, Inverclyde, North Lanarkshire, Renfrewshire, South Lanarkshire and West Dunbartonshire, will contribute to Glasgow City Region’s economic prospects by providing a walkable and liveable area that connects visitors with social and cultural locations for which the region is internationally renowned”

“It will improve the social and physical fabric of our areas, encourage inward investment, provide opportunities for skills development, and offer opportunities for people to live more active lifestyles while enjoying a healthier environment.”

“This project is a good example of the benefits of partnership working, not only between the region’s local authorities but also with wider partners, to deliver a regional strategic framework which will guide the delivery of the Green Network over the coming decades, and in so doing contribute to sustainable inclusive economic growth and increased wellbeing for our region.”

Stuart Tait, Chair of the GCV Green Network Partnership, said: “The Blueprint is a major milestone toward the Partnership’s vision of a transformed environment that improves lives and communities and lets business flourish.”

“One of the Green Network’s major aims is to provide the people of Glasgow City Region with attractive, functional, well-linked green spaces, and this project will allow planners, land managers and developers to target resources and effort effectively.”

“We’re looking forward to working closely with communities and partner organisations to ensure that the project develops to reach its full potential in the coming years.”

The project has already highlighted hundreds of opportunities to create path networks and new habitat networks that can create stepping stones to neighbouring assets such as the Loch Lomond and Trossachs National Park, and which will enhance and expand the Glasgow City Region’s Green Network out across the wider Central Scotland Green Network area.

Simon Rennie, Chief Executive of the CSGNT added “This Blueprint will make a significant and positive change across Glasgow City Region benefiting people and wildlife.  When rolled out across the whole Central Scotland Green Network region it will benefit a third of Scotland’s population helping to meet Scottish Government targets on active travel, climate resilience and sustainable inclusive economic growth”

It is supported by Glasgow City Region and is part of the Central Scotland Green Network, a National Development in the Scottish Government’s third National Planning Framework.

For more information on the GCV Green Network, visit www.gcvgreennetwork.gov.uk    Follow us @GCVGreenNetwork